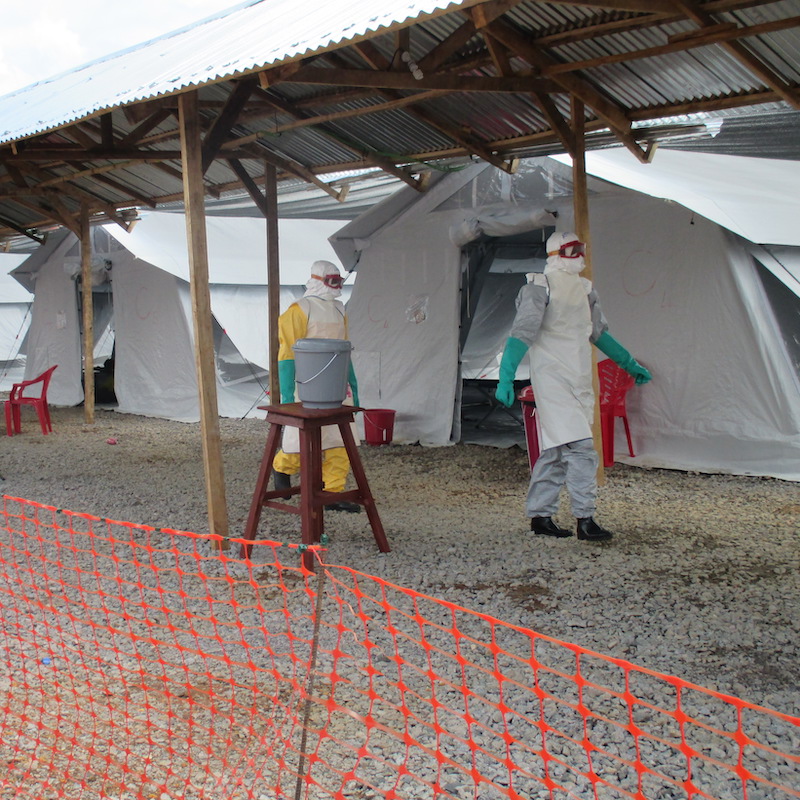 Last week, the Ugandan authorities announced that the deadly Ebola virus claimed a second victim within the country. According to UN News, the Ebola cases in Uganda are likely to be linked to the ongoing outbreak in the neighboring Democratic Republic of Congo (DRC). WHO experts called the situation as extraordinary but have not yet declared a global emergency.

Alongside other Humanitarian agencies active in the region, WHO and UNICEF announced that they have launched an emergency Ebola response plan in Uganda, in response to the latest developments. The move follows months of preparedness and prevention efforts as Ebola cases have continued to increase in DRC.

Alpinter pioneered with the introduction of PE (polyethylene) fabric for tent production in 2010. The Alpinter HUB® multipurpose tent model was developed in 2012, 2 years before the first Ebola crisis, which affected over 11,000 victims.

During the outbreak, which was concentrated in Guinea, Libera and Sierra Leone and considered to be the most widespread outbreak in history, hundreds of HUB® tents were set up as medical centers.

Today, almost 7 years later and tens of thousands of HUB tents, the PE fabric has proven its advantages and most of the humanitarian organisationshave made the switch towards tents in PE fabrics. Besides being Flame retardent, water, rot and UV-proof, black-out, the PE tent and groundsheet are fully washable and disinfectablewhich is essential in the occurrence of a disease like Ebola

We have HUB® multipurpose tents and other Core Relief Items available in stock in our Kampala warehouse.

Please contact us for more information our check the specifications of our HUB® multipurpose tents.